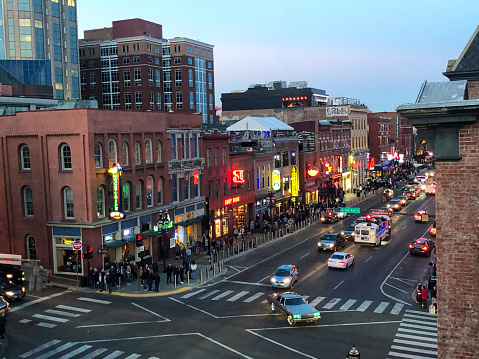 Pedestrian accidents in Nashville have already resulted in 16 deaths so far this year, raising concerns among residents and city officials about how safe the city’s streets are for pedestrians, especially children, according to Fox 17 Nashville.

“Pedestrian deaths are on the rise nationwide,” said Meredith Montgomery, Executive Director of Walk Bike Nashville. “We’re mirroring those trends and definitely higher on the scale nationally with our local statistics.”

Just recently, for example, a pedestrian was killed in an accident in East Nashville, according to WKRN News. The fatal pedestrian accident involved a 60-year-old woman whose vehicle had broken down on Interstate 65 near the East Trinity Lane exit.

According to Walk Bike Nashville, more than 80% of all fatal pedestrian accidents in Tennessee occur on wide, arterial roads that are under state control. The problem roads all have speed limits over 30 mph, multiple lanes, lack safe crosswalks, and have a high volume of transit riders.

Fatal Pedestrian Accidents Are Spiking Across the U.S.

According to national pedestrian accident statistics compiled by the Governor’s Highway Safety Administration (GHSA), 3,441 pedestrians were killed in accidents during the first six months of last year. That’s 17 percent more pedestrian fatalities than what was recorded in the same time period in 2020 and “the largest number in 40 years,” according to the GHSA.

To put such numbers in perspective, 172 pedestrians were killed in Tennessee in 2020, the most pedestrian fatalities in the state in a single year in more than a decade, according to data collected by the National Highway Traffic Safety Administration (NHTSA). And since 2010, a total of 1,256 pedestrians have been killed in accidents in Tennessee, according to the Tennessee Department of Safety and Homeland Security.

Many different contributing factors have resulted in the recent increase in pedestrian accidents in Nashville and nationwide. Some of the most common causes include:

If you were hit by a car in Nashville, you have the right to hold the at-fault driver accountable and pursue compensation for your losses. But you need to make sure you fully understand your legal rights and options.

At the Law Office of Eric Beasley, we have the knowledge, experience, and resources to handle every aspect of your pedestrian accident claim while you focus on what matters most—your recovery.

For over 20 years, we've earned a reputation as aggressive advocates for accident victims in Nashville and throughout Middle Tennessee. Attorney Eric Beasley knows what evidence to look for, how to build strong cases, and how to deal with insurance companies.

Put your trust in a law firm that believes in straight talk, hard work, and real results. Contact us today for a free consultation with an experienced Nashville pedestrian accident attorney.