Nashville Ranked 4th Worst City For Cyclists in US 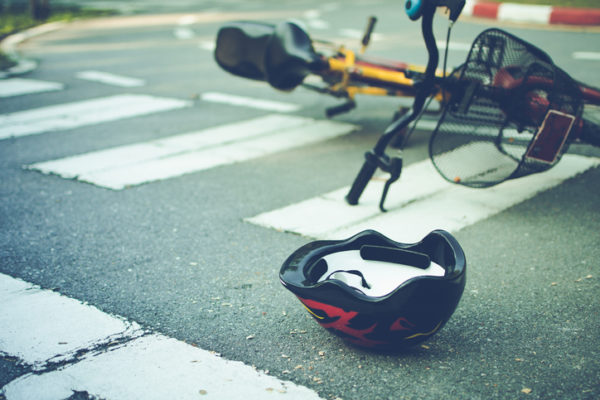 Bicycle accidents in Nashville happen more often than you might think, and according to a new study, the city is one of the worst in the country for cyclists. Specifically, The Tennessean recently reported that Nashville was ranked the fourth worst city for cyclists in the United States.

“I will say, usually Nashville is one of the higher-ranked cities,” Danetha Doe, one of the researchers who conducted the study, said in an interview with The Tennessean. “But this was an area that, you know, could stand some improvement.”

What makes Nashville so dangerous for cyclists?

Anytime Estimate conducted the study, which ranked “bike-friendliness” among the 50 largest cities in the country. The study compared 10 criteria, including how many people commute to work on a bicycle, the miles of bike trails in the city, and the number of bicycle shops.

Nashville’s “bikeability” score (which measures how easy it is to ride a bike in a particular place) was 30 out of 100, the lowest score for all 50 cities in the study. To put this number in perspective, the average bikeability score nationwide for all cities is 54. Conversely, Portland, OR, received an 83, the highest of any city in the study.

Vision Zero is a five-year plan that also encourages more collaboration and transparency between the Mayor’s Office, the Tennessee Department of Transportation, the Metro Nashville Police Department, and other departments to help improve roads and reduce accidents.

Nashville bike riders aren’t the only ones at risk. Cyclists throughout Tennessee and across the country have been involved in more bicycle accidents every year.

In 2020, 932 cyclists were killed nationwide in bike accidents, an increase of 9 percent compared to 2019, when 865 bicycle accident fatalities occurred. Those numbers are according to accident statistics compiled by the Insurance Institute for Highway Safety (IIHS).

Other common causes of bicycle accidents include:

Bicycle accidents happen for many other reasons, but negligence is usually a main contributing factor when a cyclist gets hit by a car. As a result, holding negligent drivers accountable is critical, as it sends a strong message that reckless driving will not be tolerated on our roads.

Talk to a Nashville bike accident attorney right away.

You might think you don’t need a bicycle accident lawyer if a careless driver hits you, especially if a local police officer or state trooper from the Tennessee Highway Patrol is investigating your crash.

However, it’s important to understand the scope of the police’s investigation. When a police officer or state trooper investigates an accident, they try to determine what happened and who was at fault. They’re not focused on whether you’re fairly compensated for your injury-related expenses.

That’s our job. That’s why if you were injured in a Nashville bicycle accident, we want to meet with you right away to review your legal rights and options. At the Law Office of Eric Beasley, our legal team has the knowledge, experience, and resources to aggressively advocate for your best interests and fight for the compensation you’re entitled to under Tennessee law.

Discover what we can do for you. Contact us and schedule a free case evaluation with a Nashville bike accident attorney you can count on in a crisis. Our offices are in Goodlettsville and Nashville.