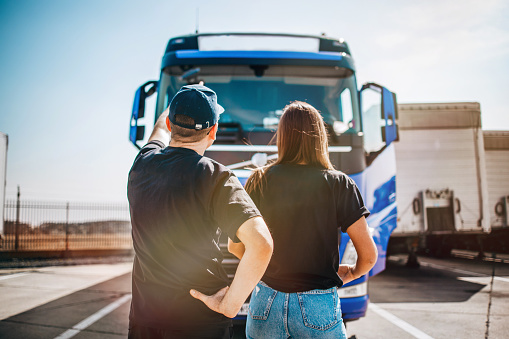 The federal government recently launched a pilot program that will allow qualified teenagers to drive tractor-trailers and other big rigs across state lines in an effort to increase the number of licensed truck drivers, according to the Associated Press. According to the American Trucking Association, there’s a shortage of more than 80,000 truck drivers nationwide.

“This is no surprise to any American who drives a vehicle,” Peter Kurdock, general counsel for Advocates for Highway & Auto Safety, said in an interview with the Associated Press.

Currently, all truck drivers must have a valid commercial driver’s license (CDL) and must be at least 21 years old in order to legally drive across state lines. However, that could change under a pilot program recently introduced by the Federal Motor Carrier Safety Administration (FMCSA).

Under the FMCSA pilot program, a limited number of truck drivers 18 to 20 years old with a valid CDL will be able to drive across state lines. The apprentice program limits participation to 3,000 young truck drivers. The FMCSA created the program in response to supply chain backlogs, which have resulted in a truck driver shortage due to historic shipping demands.

As part of the pilot program, younger truck drivers must have an older truck driver with them at all times during a probationary period. They cannot drive over 65 mph. Trucks used by the younger drivers must also have certain, advanced safety features. Such features include a forward-facing video camera and an electronic braking crash mitigation system.

How often do inexperienced truckers cause crashes?

Why do young truck drivers cause collisions?

Young, inexperienced truck drivers cause crashes for many different reasons, including:

These are just some of the reasons why accidents happen involving young truck drivers. The key takeaway should be that there are many ways for inexperienced truckers to cause crashes that result in severe injury or death.

We're not afraid to take on tough cases

If you were injured or a loved one died in a truck accident due to negligence, having an attorney on your side can make a dramatic difference in the outcome of your case.

That’s because trucking companies often have teams of lawyers ready to protect their interests and reduce their liability.

By hiring a truck accident attorney, you can level the playing field and put yourself in the best position to get the justice and financial compensation you deserve.

In Tennessee, people trust the experienced attorneys at the Law Office of Eric Beasley to fight for them. That’s because we have years of experience and a strong track record of success.

Learn how our law firm can help you. Contact us today for a free and confidential consultation to learn your legal rights and options.