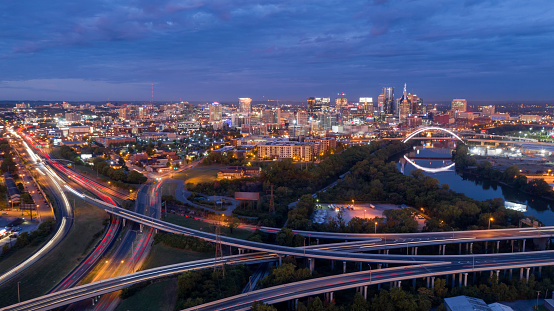 A Nashville car accident lawyer provides the details you should know

The good news: In a sign that life may be returning to something resembling normal, more Tennessee motorists are on the state’s roadways after months of staying close to home because of pandemic restrictions. The tragic news: Car accident fatalities skyrocketed during the pandemic despite fewer cars out on the road.

A pandemic on the road

Tennessee experienced a 30% increase in fatal car accidents for the first six months of 2021, according to a report from the National Safety Council (NSC). Of the eight states ranking worst by percentage in the nation, Tennessee saw the most deaths – 682. Trailing in second place by a wide margin was Oregon, with 261 fatalities. At this rate, according to the Tennessee Department of Safety and Homeland Safety, the state will suffer 277 more roadway deaths by the end of 2021.

On the surface, these numbers make little sense because many people were staying home in early 2021 due to the pandemic. Yet 21,450 people died on the nation’s highways during the first half of 2021. That’s more than the same time period for either of the previous two years. Specifically, Nashville has seen a 40% jump for the first half of the year.

“These figures are not only alarming but devastating as we see once again too many lives lost on the roads,” NSC President Lorraine Martin said. “It is up to each and every one of us to do everything we can to be safe and keep each other safe.”

The NSC says many motorists took advantage of fewer vehicles on the road during the pandemic to drive recklessly. With more vehicles returning to the road and less margin for erratic driving behavior, the council says, those same motorists have continued their dangerous habits.

The leading factor, according to early data from the National Highway Traffic Safety Administration, is speeding. High-speed crashes, of course, are more likely to result in severe injuries and fatalities. In addition, the testing of trauma center patients involved in traffic accidents shows increased use of alcohol, marijuana, and opioids among drivers.

“It is tragic that in the U.S., we took cars off the roads and didn't reap any safety benefits," Lorraine Martin said. “These data expose our lack of an effective roadway safety culture.”

Among the NSC recommendations to help improve roadway safety are:

If you were injured or a loved one died in a Nashville area car accident, you have the right to seek compensation for your damages (accident-related expenses). The problem is the insurance company, which, recognizing the financial pressure that injury victims are often under, may try to tempt you with a settlement offer that comes nowhere close to compensating you for the total cost of your losses. Worse yet, they may even blame the whole crash on you and offer you nothing at all.

At the Law Office of Eric Beasley, we've been representing accident victims throughout Middle Tennessee for 20 years. Whether you were injured in a highway crash on I-40 or rear-ended on Jefferson Street, we can fight for a fair financial settlement and the compensation you deserve.

Contact us today for a free consultation with an experienced Nashville car accident attorney.