Speed Limiters on Commercial Trucks Could Prevent Accidents & Save Lives 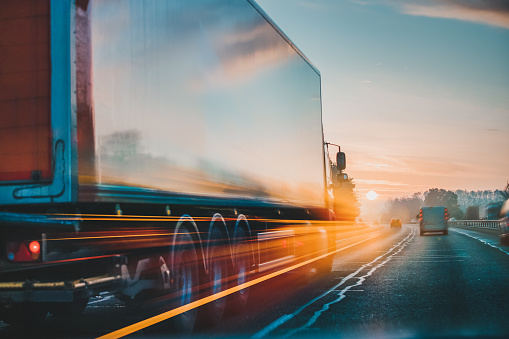 Speed kills, and this is particularly true when it comes to big commercial trucks. Unfortunately, speed is the cause of many serious truck accidents in Nashville and other major cities nationwide. To help fight back against the problem and make our roads safer, traffic safety officials from the Insurance Institute for Highway Safety (IIHS) are supporting a proposal by the Federal Motor Carrier Safety Administration (FMCSA) that would mandate large trucks to be equipped with speed limiters.

At the Law Office of Eric Beasley, we favor any initiative that prevents people from being severely injured or killed on our roadways. Attorney Eric Beasley has been fighting for people in the Nashville area for more than two decades now and understands the catastrophic impact a high-speed truck accident can have on victims. While installing speed limiters on 18-wheelers would be a step in the right direction, holding negligent truckers and trucking companies accountable is also critical.

If you or a loved one were injured in a crash involving a speeding big rig, you may be entitled to compensation for your losses. Contact us today for a free consultation to see how an experienced Nashville truck accident lawyer can help you.

How do speed limiters on trucks work?

Using sensors to gauge how fast a big rig is going, a speed limiter can be pre-programmed to restrict fuel and airflow to a semi-truck engine through an electronic signal once the activation point is reached. For example, if a truck's speed limiter is programmed to keep the truck from going over 55 mph, the device would kick in once that limit is reached and prevent the truck driver from going any faster.

The FMCSA's proposal to install speed limiters on commercial vehicles would apply to trucks that weigh more than 26,000 pounds, and the agency is currently accepting public comment on the recommendation. The top speed allowed has yet to be determined, but again, the faster a tractor-trailer is moving, the more potential it has to cause a devastating accident.

18-wheelers and speeding are a deadly mix

We don't have to look too far back to find a local example of how accidents involving big rigs can result in severe injuries. In August, a tractor-trailer hauling frozen foods overturned on I-40 East at the I-24 merger. According to local reports, the semi-truck crash sent three people to Ascension St. Thomas Hospital in Midtown and caused a diesel fuel leak all over the highway.

While the cause of that specific truck wreck may not have been speed, it shines a spotlight on just how small a trucker's margin for error is when operating a big rig. Tractor-trailer drivers are trained professionals who must know the appropriate following distance and distance required to stop at different speeds. If truck drivers drive too fast, they could plow into stopped traffic or crash through a highway pileup. Likewise, a truck that's going too fast when making a turn can easily roll over due to its high center of gravity. 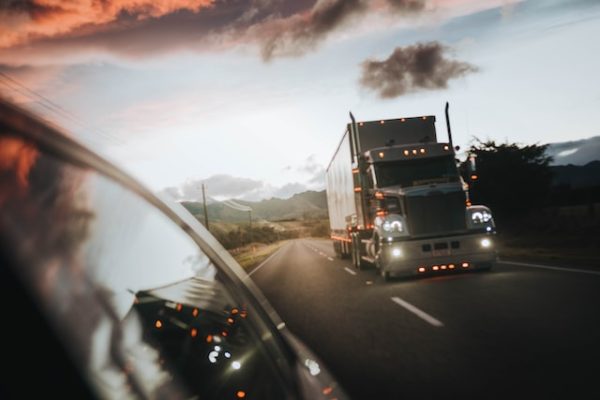 Truckers also have to adjust their speed for conditions. For example, the FMCSA says truckers must operate with extreme caution in hazardous weather (rain, snow) that affects traction or visibility and should reduce their speed by 1/3 on wet roads and by 1/2 or more on snow-packed roads. That means if a trucker is driving an 18-wheeler 60 mph on a dry road, they should reduce their speed to 40 mph on a wet road and 30 mph or less on a snow-covered road.

The problem is truckers are often under a lot of pressure from trucking companies to complete their runs in unrealistic timeframes. As a result, it's common for truckers to drive at unsafe speeds and put both themselves and others on the road at risk.

Trucking companies must schedule shipments so they can be completed legally and with the trucker following the speed limits through each place they pass through. But far too often, truckers are pressured by trucking companies to skirt the rules and drive faster for longer periods. Moreover, some drivers aren't appropriately trained or are unqualified to drive a big rig. That means they may not understand the specific characteristics of the truck, drive at unsafe speeds, and cause a catastrophic wreck.

If you were involved in a truck accident that wasn't your fault, don't take anything for granted. You might think your case is straightforward and you'll be fairly compensated for your damages, but trucking companies and their insurers have teams of attorneys looking out for their best interests. That's why you need a team of your own to level the playing field.

The legal team at the Law Office of Eric Beasley knows how to build strong cases that get results. We know how to recognize evidence of speeding and other critical details in commercial truck accidents. When appropriate, we also consult with experts to assist us in building your case.

One of the most important things to do after you've been involved in a serious truck wreck is to seek experienced legal representation. To learn more about your rights and potential legal options, contact us today for a free consultation.