Nashville Woman Dies in Wrong-Way Crash on I-65 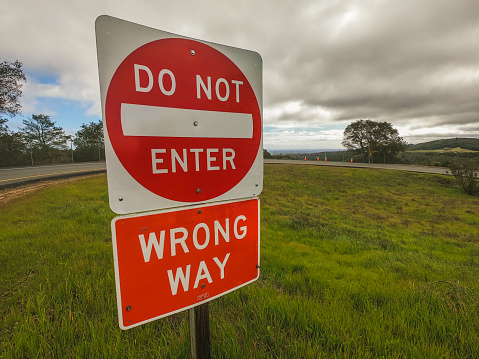 A 30-year-old Nashville woman was recently killed in a wrong-way, head-on collision on Interstate 65 South, according to WKRN News. Tragically, these types of car accidents are happening far too often in Tennesee and across the United States.

“Wrong-way crashes on divided highways are often fatal as they are typically head-on collisions,” said Dr. David Yang, executive director of the AAA Foundation for Traffic Safety, which conducted a study earlier this year focusing on wrong-way accidents. “And unfortunately, as the data shows, fatalities from these crashes are on the rise.”

The recent wrong-way accident in Nashville occurred around 2:30 a.m. near mile marker 84 on I-65 South, according to WKRN News. The report says the victim was driving in the wrong direction on the southbound side of the highway when her car crashed head-on into a tractor-trailer. Tragically, Metro Police say the victim died at the scene of the crash.

How common are wrong-way drivers?

Accidents involving wrong-way drivers are “persistent” and “only getting worse” nationwide, according to the study conducted earlier this year by the AAA Foundation for Traffic Safety. Between 2015 and 2018, there were 2,008 deaths due to wrong-way collisions on divided highways, or roughly 500 deaths each year. Such figures are 34 percent higher than wrong-way traffic fatalities between 2010 and 2014, when 375 people died on average each year as a result of accidents caused by drivers going the wrong way.

The problem is equally bad in Tennessee, where there are roughly 20 wrong-way accidents every year, according to a study released earlier this year about wrong-way accidents conducted by the University of Memphis in partnership with the Tennessee Department of Transportation Long Range Planning.

The University of Memphis study also noted that Tennessee is among the top 10 states nationwide with the highest number of wrong-way driving (WWD) fatalities, where more than 2 percent of all motor vehicle fatalities in Tennessee involve wrong-way accidents.

Researchers have identified many reasons why wrong-way collisions occur, such as:

These are just some of the reasons why wrong-way crashes happen. Each accident often presents its own unique challenges and should be thoroughly investigated to determine exactly what happened.

How to prevent wrong-way crashes

Researchers have identified several measures that can be taken to prevent wrong-way collisions from happening, such as:

If you were injured or a loved one died in a head-on collision caused by a wrong-way driver, you can talk to a car accident attorney to learn more about your legal rights and options.

How a car accident lawyer can help you

A lot of car accident claims turn out to be complicated legal cases. Sometimes, it’s because the at-fault driver denies doing anything wrong or tries to pin some of the blame on you. Other times, the at-fault driver’s insurance company tries to pressure you into accepting a lowball settlement offer that doesn't come close to covering your losses (accident-related expenses).

At the Law Office of Eric Beasley in Nashville, our attorneys know how to fight back against the insurance company. That's because we have decades of experience protecting the rights of crash victims and aggressively advocating for their best interests.

When you have our law firm on your side, we can help you pursue the compensation you need and deserve to cover the cost of your past and future medical care, vehicle repairs, replacement income if you cannot work due to your injury, your pain and suffering, and any other applicable damages.

Contact us today to schedule a free case evaluation with a Nashville car accident lawyer. We handle injury claims throughout Tennessee.