Attorney at The Law Office of Eric Beasley in Nashville 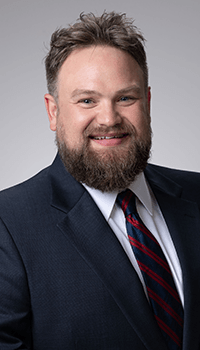 Schuyler joined The Law Office of Eric Beasley as an associate attorney in 2019. After spending the first six years of his career in the corporate world, he enjoys the challenge and satisfaction of helping others in his Middle Tennessee community. Schuyler’s practice focuses on representing individuals that have been injured due to the negligent acts of others. As he fights day in and day out to help his clients get the compensation they deserve, he never forgets that he is also helping them navigate one of the most difficult times of their lives – and he always does so with a smile.